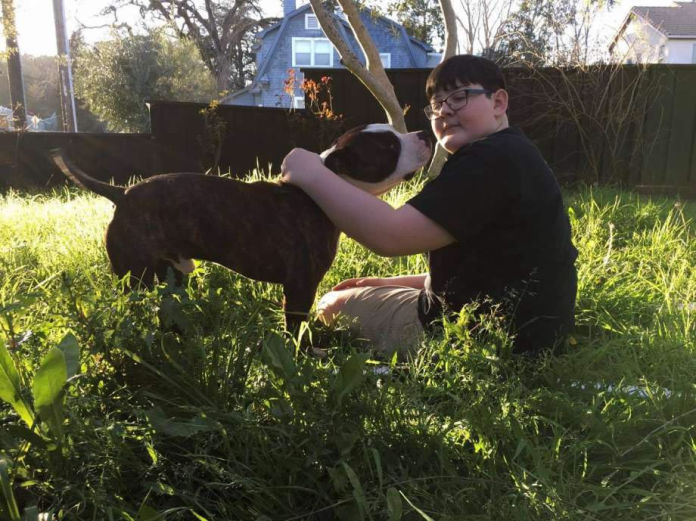 When Quinn Scharn was 10-years-old, his knees “didn’t feel very good” one day. After a trip to the doctor and a biopsy, he learned that he had osteosarcoma – bone cancer.

Within months, doctors amputated his leg and hip. The first thing he said upon waking from the anesthesia? “I want a dog with three legs.”

"I saw the video of Logan on the shelter's page, and the next day I picked Scharn up early from school and drove to Sacramento as fast as possible," said Teresa Howell, Scharn's mother. When the Napa natives arrived, Logan was already on-hold for another family.

"We went to see him in the kennel, and I was pretty emotional," recalled Howell. She returned to the front desk to see how long the hold would last.

"They said, 'The family just called and are not interested anymore."

The Howells adopted Logan on the spot.

Logan has been home for two days now, and he's already become part of the family. He even learned how to run up the stairs (he just hasn't figure out how to get down).

For Scharn, finding Logan is the culmination of a long year. Although he has been off-treatment for over 12 months, he didn't have a clear scan to verify that the cancer was gone.

"This whole year, we've just been holding our breath," said Howell, who added that Scharn also survived cancer as a baby. "It's been a time of uncertainty, and not being able to celebrate being cancer-free has been really hard on emotionally."

Last January, Scharn finally received the news he'd been waiting for: the cancer was gone.

"Scharn was so tough going through treatment, and a lot of it was a front," said Howell. "Seeing him with Logan, I can just tell all the other stuff is melting away." 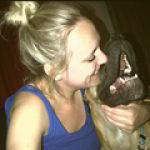 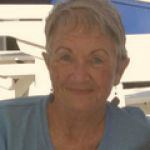 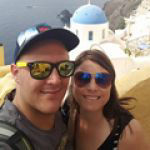